* We will only use your contact details to send you our newsletter. You can find further information in our privacy policy.
Blog What your Business Size says about Cloud Migration

Reasons and priorities for migrating to the cloud can vary by business size. In a TechValidate survey, around 300 Atlassian Cloud customers shared what migration wins look like for them as small, medium and large enterprises. With the kind support of Atlassian, we have summarized key similarities and differences.

As an Atlassian Platinum Solution Partner, we not only know a thing or two about Atlassian tools such as Jira, Confluence and Bitbucket, but we also consult and support companies with implementing the appropriate solutions. So we could talk and write quite a bit about Atlassian in general and the benefits of working in the Atlassian cloud specifically. But isn’t it much more exciting to hear the opinions of more than 300 users instead of us as a solution partner? So, clear the stage. This is what small, medium-sized and large companies report about their cloud migration and the associated benefits:

According to the survey results, those digital transformation initiatives are still going strong – at least with large enterprises. Fifty-six percent of Global 500 or large enterprise customers surveyed said a digital transformation directive was at least part of their reason for migrating to cloud. This is more than double the number of medium enterprises with a directive and more than five times the number of small businesses.

By the way: According to a study by Deloitte companies with a high digital maturity score say the key benefits of a digital transformation are that it increases customer lifetime value and improves sales.

Also relevant, and across all company sizes: More than half of Atlassian customers who made the switch say they saved at least 11 percent on end-user time, admin time, and hardware costs. Those cost and time savings are even more pronounced if you’re a big business.

Medium enterprises: Performance is substantially higher on the to-do list

Overall, the top reasons for a move to cloud across all three company categories are to eliminate the cost of hosting and hardware and do away with manual upgrades. But for medium enterprises, there’s another top priority: performance! Thirty-nine percent ranked it as a top reason for their move, compared to 28 percent of large enterprises and 25 percent of small businesses.

Good news: 39 percent of medium enterprises said they were looking for performance gains, and the data says they probably achieved them (with 40 percent of all respondents saying they saw performance benefits).

Also, it’s good to see that medium enterprises are reporting healthy gains in employee satisfaction, with 47 percent reporting it as a benefit post-migration. This result also goes well with a survey conducted by Salesforce: When the company asked small and medium-sized businesses about their top challenges, hiring the right talent was at the top of the list. With high employee satisfaction - as the numbers show also gained by migrating to the cloud - loyalty of these right talents to the company can be kept high. So a win all along the line, we think.

Speed and accessibility is another category where medium enterprises can expect to reap rewards, with another 47 percent saying this improved after migrating to cloud. That’s 14 percent more gains than small businesses and 8 percent more than bigger enterprises.

Sixty-seven percent of small businesses cite eliminating manual upgrades as a reason for their move to the cloud, compared to 58 percent of medium enterprises and 53 percent of Global 500 and large enterprises. With more limited resources, for smaller (sometimes one-person) tech teams, and often admins already shouldering more than their fair share, this priority makes perfect sense. When migrating to cloud, manual upgrades become one less thing to worry about on an already-long to-do list.

The smaller the company, the more likely they are to report peace of mind around security and version upgrades after a move to cloud. This aligns perfectly with small business priorities (eliminate those “pesky” manual upgrades) and it makes sense when you think about the limited resources and time available to a smaller company. Security is an expertise all on its own, and if you don’t have headcount or budget for security professionals in-house, hosting tools on server can feel daunting and risky for companies. Similarly, those limited resources mean version upgrades can be a strain on a small team or solo admin.

These tasks are no longer necessary for the company after cloud migration. With Cloud, Atlassian handles security and version upgrades, so admins not only save time, but the mental overhead of having to be both admin and security expert. Small businesses are also slightly more likely to report reduced total cost of ownership post-migration.

The survey results show that companies weigh the advantages of the cloud differently. Of course, 300 companies voting only gives an overview to a certain point, but the respective tendencies among small, medium-sized and large businesses are in line with our own customer experiences.

💡
You are unsure what speaks for the Atlassian Cloud for your company or how a migration could look like?
Our article Moving to the Atlassian Cloud - One step at a time explains all the essential points, clearly and understandably.
Or contact our Atlassian consultants directly and let's talk about your project.
If you want to know what else is happening at Scandio:
Scandiolife on Instagram.
Connect with us on LinkedIn.
Look what Scandio is tweeting. 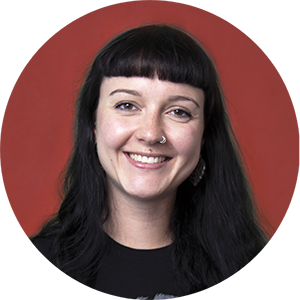