* We will only use your contact details to send you our newsletter. You can find further information in our privacy policy.
Blog Desicion Making in Agile Software Development - Scrum Master = Referee?

In the first three articles of our series "Decision Making in Agile Software Development" we have already discussed six different decision making methods and shed some light on their applicability in agile teams. Since Scrum has established itself as the leading project management method in the field of software development, the principle of personal responsibility plays a major role here. Agile teams operate in a self-organized manner and must make decisions on their own responsibility at high frequency. In order to simplify the decision-making process and prevent possible complications, it makes sense to compare the advantages and disadvantages of the different methods and evaluate which method is the most purposeful for the respective topic.

In the fourth and last part of this series, we want to approach the subject from a completely different perspective. Our Scrum Master Lukas is a passionate soccer referee in his spare time and therefore wants to examine the question: To what extent does decision making in sports overlap with the agile world and the role of Scrum Masters? Are there parallels between a soccer team and a Scrum team and what might even contradict the agile idea? He will put the focus on the factual decision, which is part of the standard repertoire of every referee.

What defines a factual decision?

The factual decision is based on the subjective perception of a fact by a referee in a sports game. In order to be able to apply the rules of various sports (e.g. soccer, handball, volleyball) in practice, it is imperative that the decision of the person in charge of the game comes into effect immediately, without a person or a team participating in the competition being able to appeal against it or a decision being subsequently revoked in any form. Only a technical error on behalf of the person in charge of the game, i.e. that he/she has not acted in accordance with the rules of the game according to objective criteria, is open to objection. A proven violation of the rules usually results in a replay or a repetition of the match, but in practice this happens quite infrequently.

How does it work?

The referees's decisions are always based on the following scheme:

As a basic prerequisite for a decision to be made, the facts have to be perceived in the first place. No theories, assumptions or prejudices may serve as the basis for a decision. For example, if a soccer player is fouled in the back of the referee, the foul cannot be sanctioned. The perception can be made exclusively subjective by the person in charge of the game or, if applicable, the assisting persons. It is important to involve the entire referee team (if any), as a situation can be perceived very differently from several perspectives.

2. Evaluating the situation and stating a fact

If a situation is perceived, this is followed by an immediate evaluation of the facts. Only the parts of the situation that were perceived are evaluated. The evaluation takes place based on the defined rules. The perception turns into a fact at the moment of the evaluation (definition according to the Duden: "Something that has happened or exists, a given circumstance").

The referee then makes a decision based on this fact. If the rule definition is applied correctly, the decision can never be wrong, since it is applied subjectively according to perception. In the sense of a quickest possible and practicable solution, this "factual decision" is the only reasonable solution. Just think about how long a soccer match, for example, would last if every person involved could challenge every factual decision and have it reviewed?

4. Implementation of the rule

If the referee has made a decision, the rule is applied according to the playbook. This means either allowing the game to continue or stopping the match, including the definition of a restart (e.g. free kick), a place for the restart and, if necessary, a personal disciplinary penalty (e.g. yellow/red card) for one or more participants.

A clear analogy between the work of Scrum masters and the work of referees can be derived from the above: Both are fundamentally based on a regulating framework. While the sports rules are certainly often more strictly regulated than the Scrum Guide with its very open rules of cooperation, the rules themselves serve a central purpose in both contexts: the creation of guidelines. No matter if behavior, communication, penalties or roles: the framework offers a fixed outline that provides security and regulates cooperation.

"Especially in meetings, Scrum Masters can also take on the role of referees. If a conflict arises between team members, Scrum Masters also have to react without delay and judge the situation that has arisen immediately."

Just like the referee in sports, the perceived fact is evaluated and a decision is made on how to proceed according to the rules (the Scrum Guide). In this case it's less about the place where the game is to be continued than, for example, the delegation of conversational roles or the sanctioning of a violation of the rules defined by the team.

However, one difference between the roles of referees and Scrum Masters lies in their neutrality. Scrum Masters act in their role as anything but neutral: through targeted hints and by influencing the team, they try to continuously support them in introducing new behaviors or in maintaining existing, positive behaviors. In this way, scrum masters also act as a trainer, whereas referees are purely observers, without exerting any influence on the behavior of the players.

Unlike on the playground or in the gym, Scrum Masters do not necessarily have to make decisions on the spot. It is perfectly okay to take a task or a problem out of a conversation or a situation to reflect on it or to work out a solution with individual team members afterwards. Unlike referees, Scrum Masters should only demonstrate their "firm" hand and impose sanctions in when it's absolutely necessary. Still, the overall goal is the empowerment of all team members involved.

Pros and Cons of the factual decision

Many roads lead to... the decision

As a result, if you dig deeper into the possibilities of decision making, you will see that there are a multitude of ways to achieve a decision (of which we have covered only a fraction in our series).

Therefore, it helps to consider certain questions in advance in order to find the method that suits the given situation.

Usually, as a Scrum Master, you already know the team well and can therefore answer these questions very intuitively and thus quickly find a solution. Our overview should help to clearly show the advantages and disadvantages of the various methods and encourage you to consider and try out even lesser known models. You will see how diverse the field of decision making can be, and your team will appreciate it. ;)

💡
If you want to learn more about Scrum and agile teamwork, have a look at the following articles:
Scandio Report - Scrum Edition
Why every agile project should think about a Proxy Product Owner
If you want to know what else is happening at Scandio:
Scandiolife on Instagram.
Connect with us on LinkedIn.
Look what Scandio is tweeting. 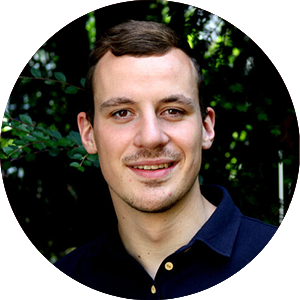 Lukas works as a Scrum Master at Scandio. He enjoys spending time in the garden and by the sea or traveling through Germany and Europe.
mail